The Elizabeth Line; A feat of engineering excellence

Over 30 years in the making, the new Elizabeth line in London is a herculean feat of engineering, architecture and, of course, design. Developing a ‘new’ underground line under a densely populated city was never going to be an easy feat, but after many delays and a huge amount of investment, the new line is finally open for business.

The Crossrail Act was given royal assent in July 2008. Shortly afterwards in September 2009, Transport for London was loaned £1 billion towards the project by the European Investment Bank, with both the Conservatives and Labour making commitments in their 2010 election manifestos to deliver the project. But this immense engineering project faced more than its fair share of challenges, not all financial.

For example, due to the excavation work which needed to take place, there was an elevated threat of unearthing dangerous toxins. Apparently, 682 victims of anthrax had been brought into Smithfield in Farringdon with some contaminated meat in 1520, and then buried in the area. But, thankfully, no traces of anthrax or bubonic plague were found on human bone fragments discovered during tunnelling. 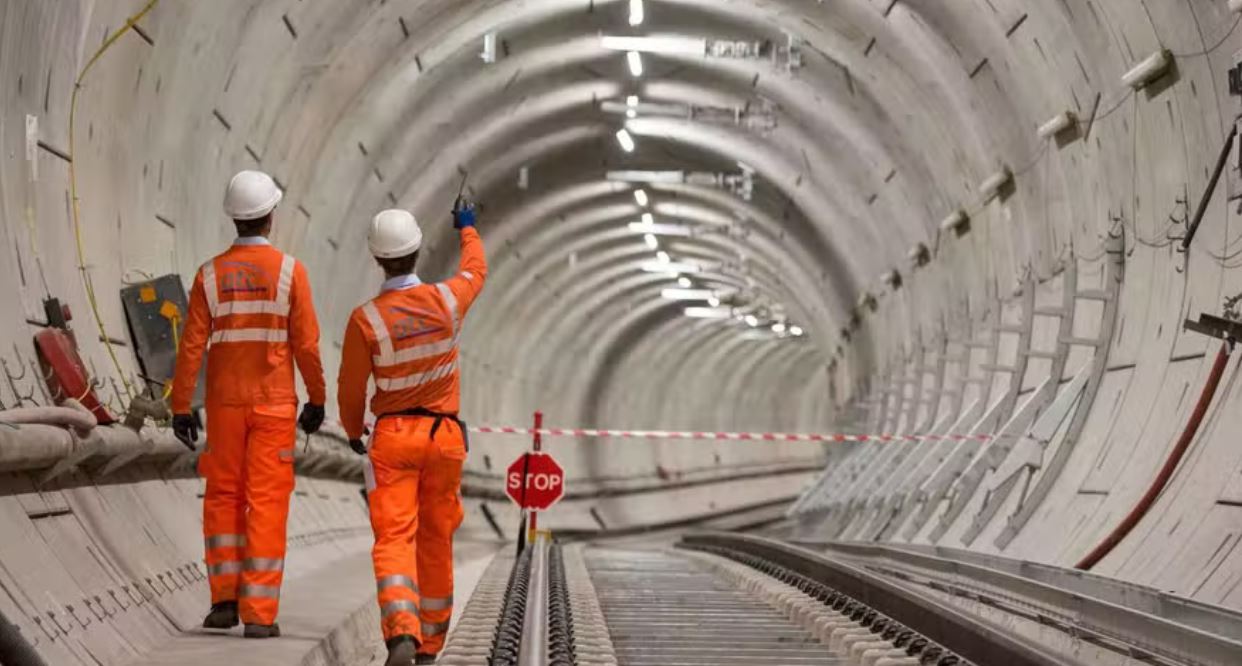 Either side of the underground tunnel, the Elizabeth Line now stretches more than 100km from Reading and Heathrow across to Shenfield and Abbey Wood in the east. The new railway will call at 41 accessible stations – 10 of them new – and is expected to serve up to 200 million people each year.

Aside from the logistical side of the project, careful attention to detail has been paid to the design and aesthetics of the new ‘cathedral like’ stations. In order to ensure the stations are future proof and worthy of a city like London, architects from across the globe spent years designing how the stations will look and feel across the entire course of the new railway. The final result are open, light and adaptable stations that are embedded with the latest technology and neutral coloured walls and finishings.

The concrete is self-finished rather than painted and the whole route is a pale ‘greige’. The perforated panels soften the acoustic and have matting behind to further soften the sound. This peace will matter when there are endless thousands of commuters at rush hour and tourists visiting at weekends and holidays.

Given it was the necessity of expanding London’s transport capacity amid a steeply rising population that made the new line possible, there are already talks and emerging proposals for a north to south ‘Crossrail 2’. Although yet to be finalised, it’s likely that the sheer magnitude of the Elizabeth line will inspire other projects. The next few years will determine the final effect of the new line on London, but it’s already being profiled as one of the UK’s best engineering achievements for decades.